We are a Team of Hard Working Individuals

At All Points Broadband, we empower communities by bringing utility grade broadband to underserved markets

We are passionate about our mission and take pride in our work. We like what we do and who we do it with. We have empathy for others, and treat our customers and coworkers with respect. We are cool under pressure. We do not let obstacles and challenges stand in our way. We are objective, self critical, and always looking to improve ourselves, our services, and procedures. 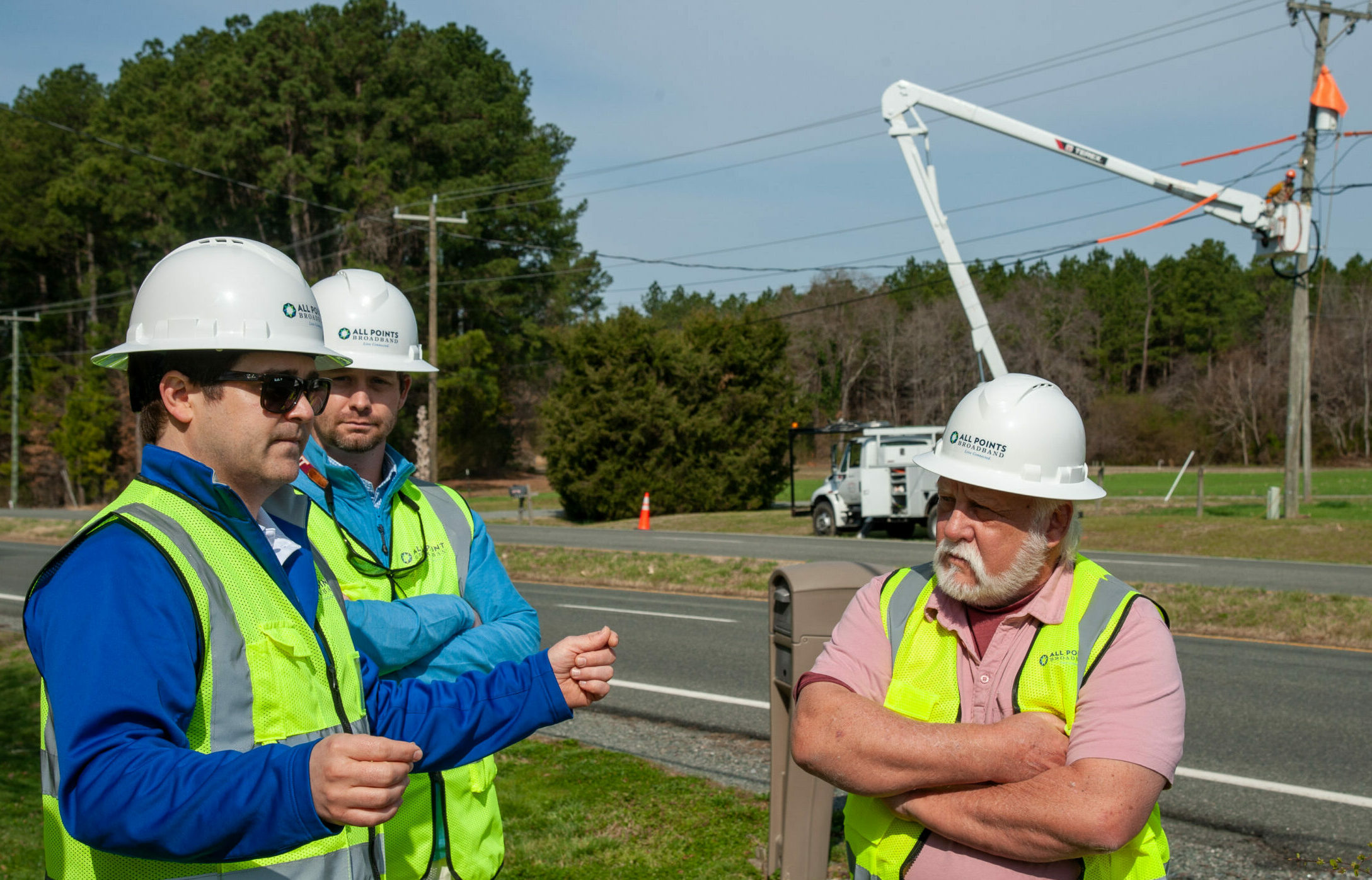 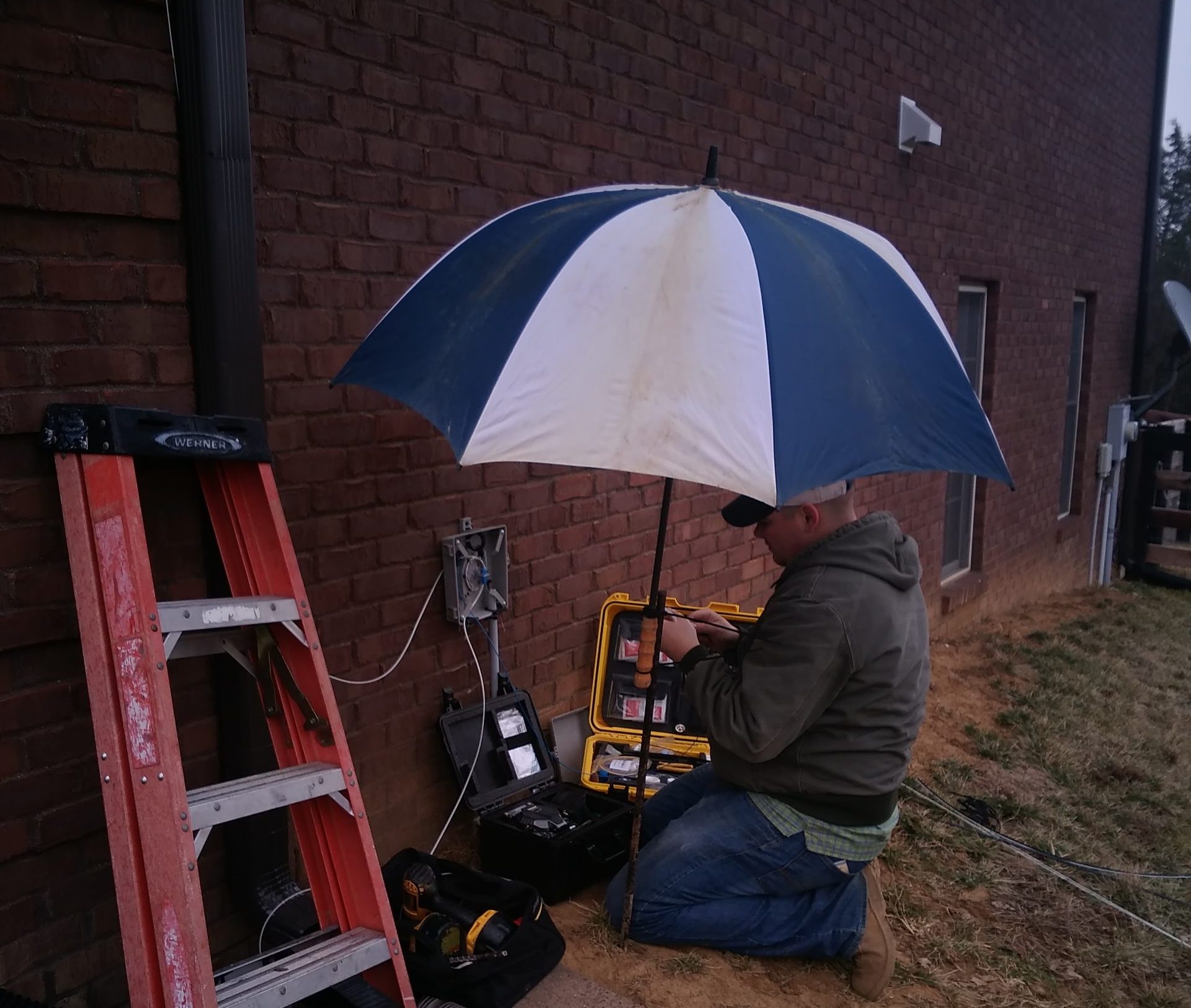 Jimmy Carr is the Chief Executive Officer of All Points Broadband, responsible for All Points’ strategic direction of doing well by doing good through bridging the digital divide. His primary focus is expanding the company’s portfolio of public-private partnerships and electric utility partnerships to provide fiber-optic broadband access to currently unserved areas.

Jimmy founded All Points to bring state-of-the-art connectivity to underserved communities in Virginia, Kentucky and throughout the mid-Atlantic after growing a successful rural-focused internet service provider in another market. He represents the rural broadband industry on the Virginia Broadband Advisory Council and has testified before the U.S. Senate and Virginia General Assembly as an expert on rural broadband deployment.

Before joining the telecommunications industry, Jimmy was an associate with the law firm of Sullivan & Cromwell LLP. He also served as Virginia’s Assistant Secretary of Transportation in two administrations, directing legislative and regulatory affairs for six agencies with an annual budget in excess of $4 four billion.

Jimmy earned a law degree and an MBA at the University of Virginia, where he was the managing editor of the Virginia Law Review, president of the JD/MBA society and inducted into the Raven Society. He lives with his wife and three children in Richmond, VA.

Tom leads the operational functions at All Points Broadband including Outside Plant Engineering and Construction, Network Engineering, Field Operations, Network Operations and Call Centers. Tom is a telecom operations veteran with time served in long haul fiber, analog and digital wireless, CLEC, ILEC and Cable systems. He relocated to Virginia in 1996 to lead the design, construction and operations of the Ntelos PCS network (now T-Mobile). Tom served as VP of Operations at DSL operator Broadslate before landing at rural ILEC Shentel. During his 16 years at Shentel he supported all areas of operations and led the Cable segment as Senior Vice President. He also served on the Board of Directors at the National Cable Television Cooperative.

He attended West Virginia Wesleyan College in Buckhannon WV and completed his graduate degree in Leadership from the University of Virginia in Charlottesville VA. Among several certifications, he completed the Tuck Executive Leadership program at Dartmouth College and the M&A program at the University of Chicago. Tom and his wife Drury live outside of Lexington, Virginia.

Brandon leads All Points Broadband’s finance and capital investment initiatives and oversees its accounting and administrative functions. He launched his career in Silicon Valley managing high-frequency product lines for telecommunications and networking applications. After relocating to Virginia, he formed a renewable energy company with a team of talented individuals where, as CFO, he led the development and financing of bioenergy facilities with rated outputs up to 50 MW. More recently he served as President and CFO of a national fuel distributor for five years.

Brandon earned an MBA from the University of Virginia’s Darden School of Business where he was inducted into the Raven Society, received the Shermet Award, and was awarded the Thomas G. Labrecque Scholarship for Ethics. He graduated from Purdue University with highest distinction earning a B.S. and M.S. in Civil Engineering. Brandon, his wife, and two children live in Richmond, Virginia.

Tommie is responsible for the people function at All Points Broadband. She works with leaders and employees to ensure that our culture is strong and that we live into our values. Prior to joining the All Points Broadband leadership team, she owned her own executive coaching firm and was the Chief Human Resources Officer for a large specialty health care practice. Her career has spanned multiple industries from energy, healthcare and financial services and she’s worked with start-ups to Fortune 500 companies.

In addition to her 20+ years of real-world business experience, she is a graduate of the University of California, Davis, a Senior Certified Professional in Human Resources (SHRM SCP), a Certified Executive Coach, and a Six Sigma Black Belt. Her volunteer work includes: serving on the board of Family Lifeline, participating as an executive team member for the Leukemia and Lymphoma Society, contributing as a steering committee member of United Way WomenRise program, and coaching for Sports Backers Half Marathon training teams.

Chuck is All Points’ Senior Vice President and Director of Acquisitions. He leads our industry engagement and M&A activities. Prior to joining All Points, Chuck co-founded and spent 13 years growing Shelby Broadband, a highly successful hybrid-fiber-wireless company acquired by All Points in 2018.

Chuck is a recognized industry leader and serves on the Board of the Wireless Internet Service Providers Association and earned his BSBA in Information Systems from Xavier University. Chuck is a husband and proud father of three, and currently resides in Shelbyville, Kentucky.

Tom works with our partners to bring high-quality broadband to unserved areas. Tom also focuses on governmental affairs for the team.

He holds an MBA and a Master of Arts in Public Policy from the College of William & Mary. Tom graduated from the Virginia Military Institute, where he earned a B.S. in Civil Engineering. He is a native of Richmond, Virginia and is an Eagle Scout.

Prior to NII Holdings, Don held positions at AT&T Bell Labs, Motorola, Southern Bell, Siemens Rolm, and served in the US Navy. He graduated from the University of Central Florida with a B.S. in Electrical and Electronics Engineering and completed his MBA at the University of North Carolina. Don lives with his family in Leesburg.

Mark is the General Counsel of All Points Broadband and is responsible for All Points’ legal, compliance and regulatory functions. As a member of the senior management team, Mark works closely with each of All Points’ business units and our partners to achieve our mutual objectives.

Prior to joining All Points, Mark was a Partner in the law firm of Williams Mullen, where his practice included advising clients on private securities offerings, joint venture transactions and general corporate matters. He previously served as Senior Counsel in the Chief Counsel’s Office of the Division of Investment Management at the United States Securities and Exchange Commission. Mark began his legal career as an associate with the law firm of Sullivan & Cromwell LLP.

Kyle Rosner is the Director of Government Affairs for All Points Broadband, responsible for working closely with federal, state, and local governments, as well as electric utilities partners and other key stakeholders, as All Points’ builds and grows.

Prior to joining All Points Broadband, Kyle served as Deputy Broadband Advisor to Governor Ralph Northam and was instrumental in Virginia’s nationally recognized broadband initiatives. Prior to his time in the Northam administration, Kyle managed state and federal advocacy activities for a patient assistance nonprofit and worked for the Virginia Secretary of Administration. Kyle is a graduate of Radford University and, upon graduation, was selected for Virginia’s prestigious Governor’s Fellow Program. Kyle is a native of Frederick County, VA and currently resides in Richmond, VA with his wife.

Sean Flora is All Points’ Director of Fiber Construction, overseeing the Company’s OSP engineering and construction activities. Sean and his team are responsible for delivering best-in-class, fiber-to-the-home networks to All Points’ partners and customers.

Sean has been recognized as an ICT Visionary by ISE Magazine. He has served on the Fiber Broadband Association’s Technology Committee, as well as the Education Subcommittee for the past 5 years. Sean holds a B.A. in Communications from Northern Kentucky University.

In addition to his telecommunications career, Sean has worked as a Disc Jockey for several commercial radio stations in Cincinnati, Ohio. Sean leverages his diverse background to coach his team and to drive success for All Points, our electric utility partners and the communities and customers we serve.